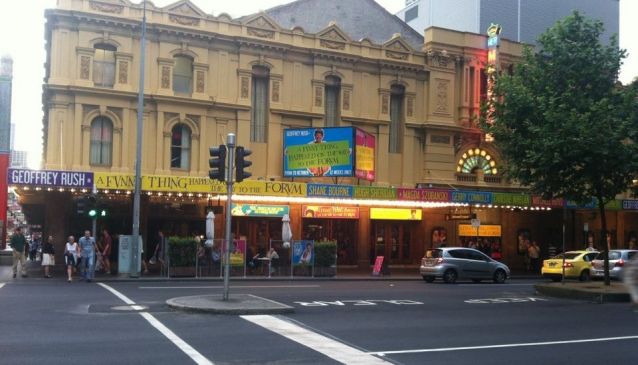 Her Majesty's Theatre is a historic gem in the heart of Melbourne. Built in 1880, it first threw its doors open to the discerning public as an open-air arena for equestrian events. Not the same theatrical glamour of today, but popular nonetheless. It was reincarnated as a grand theatre in 1886 and first named 'Her Majesty's' in 1900 honoring the contemporary Australian sovereign Queen Victoria. Since then the theatre has undergone several renovations, extensions, destructions (fires) and still remains a popular name on the theatrical scene in Australia.

Her Majesty's stages opera, ballet and Broadway hit musicals such as My Fair Lady and Cats, which was the theatres' longest running production for over a year. Mamma Mia was another popular choice in 2005 whilst Mary Poppins, staged in 2011, performed to 100% capacity audiences for the entire season!

The theatre also has three function rooms which can be hired for special occasions or hosting corporate events. There is also the MAJ Café and Bar, set in art deco surroundings, which serves food for breakfast and lunch during the day. It then transforms in the evening to a fully licensed bar.