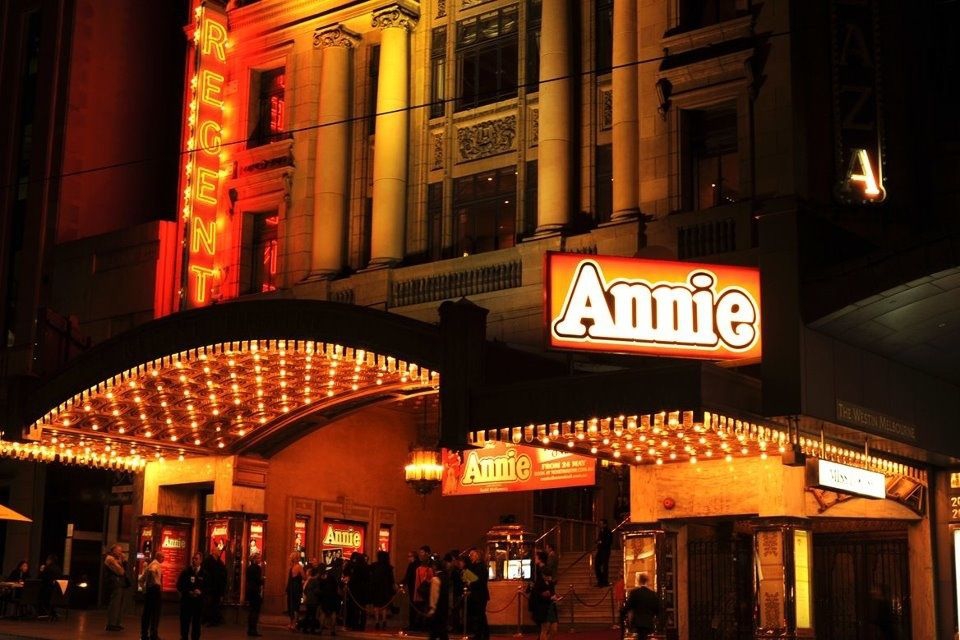 The history of the Regent Theatre is as exciting as the plays that are staged here. It first opened in 1929 as a grand picture palace. Since then the Regent has fought against a fire, flooding and two decades of abandonment when it was threatened to be replaced with a car park! However it was restored to its former glory in the 1960s and it still thrives.

Today, with its red velvet curtains and grand sweeping circle, you would never know that it had been through so much!

It is a popular location that hosts a variety of musicals and plays, including most recently Annie, the story of the red headed orphan in New York. They have also played host to Disney's The Lion King, We Will Rock You, Wicked and Australia's own Priscilla Queen of the Desert. Andrew Lloyd Webber's productions are familiar walking these boards, meaning the Regent always draws in a crowd. They are launching Chitty Chitty Bang Bang at the end of January 2013.

In the heart of the CBD and easily accessible by public transport.