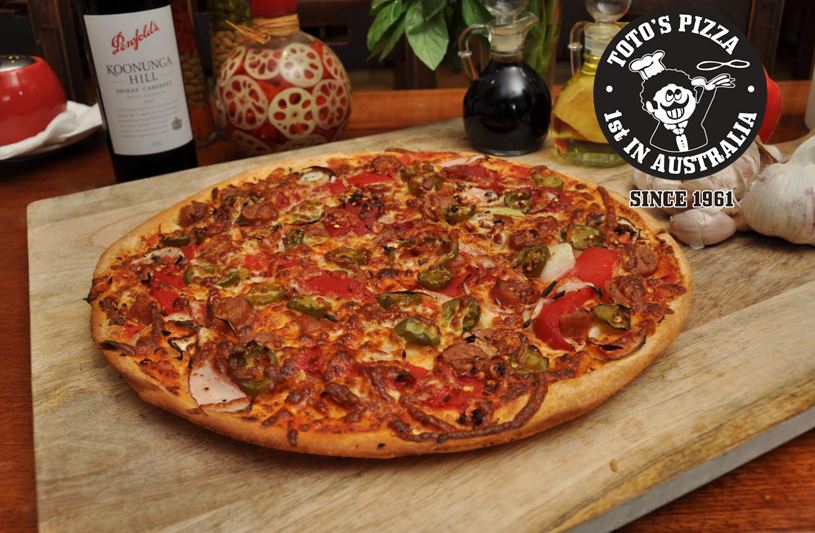 Toto’s Pizza House first fired up its pizza oven in 1961 in Melbourne’s inner city suburb of Carlton and has been officially recognised as Australia’s first pizza restaurant.

The store is mainly takeaway and delivery with a modest seating capacity for those wanting to eat in.
For delivery seven days a week contact 9645 8330, for Carlton and surrounding suburbs call 9347 1630,  and for Richmond call 9429 2020.
You can follow Totos Pizza House on Facebook here - www.facebook.com/totospizzahouse and on Instagram www.instagram/totospizzahouse to keep up to date with all the latest information from the busy pizza shops.