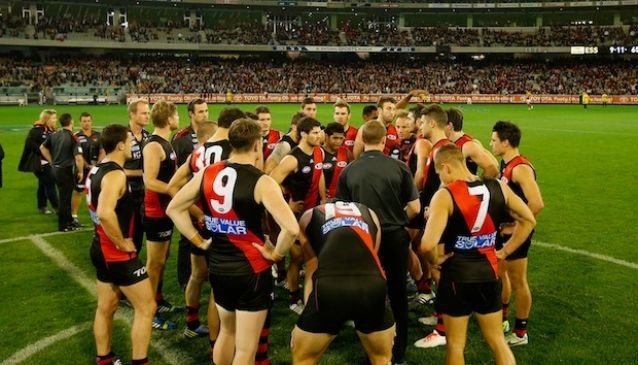 The Essendon Football Club is a professional and very popular Australian rules football club which plays in the Australian Football League.

Nick named 'the Bombers' and they play in distinctive red and black.

The Club was founded in 1871 firstly as a junior club and two years later in 1873 it became a senior club. The Essendon Football Club is known because of the successful history it possesses and the brilliant atmosphere they cause while playing a football match.

The team plays its home games at Etihad Stadium or the Melbourne Cricket Ground where there is enough place for the large supporter numbers that follow the team.

The Essendon Football Club is very popular especially because it had won 16 premierships.