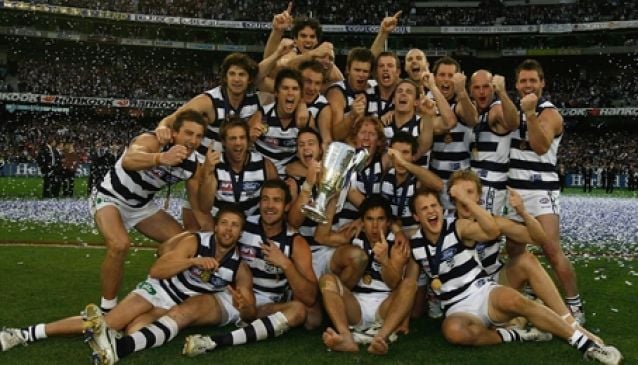 The Geelong Football Club is a professional Australian rules football club, which is named after the city of Geelong and it is playing in the Australian Football League.

The Club was formed in 1859 which makes it the second oldest club in the Australian Football League, right after Melbourne, and one of the oldest football clubs in the world.

The club's home ground is Kardinia Park but it performs home matches at the Melbourne Cricket Ground and Docklands Etihad Stadium. The football players of this team are known as the Cats and their paying uniforms are coloured in navy blue and white colour.

The Geelong Football Club is a proud club because of the successful history and it is famous because it has won nine McClelland Trophies.