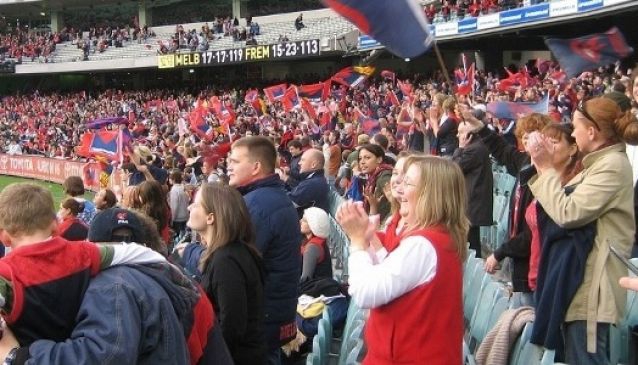 The Melbourne Football Club is an Australian rules football club playing in the Australian Football League, based in Melbourne.

The team plays its home matches at the popular Melbourne Cricket Ground which has a capacity of 100,000 people. There are many fans who are always excited when their team plays a match, so they support the team and it makes for a brilliant atmosphere.

The team is successful and consists of strong players who wear playing uniforms coloured in navy blue and red colours.