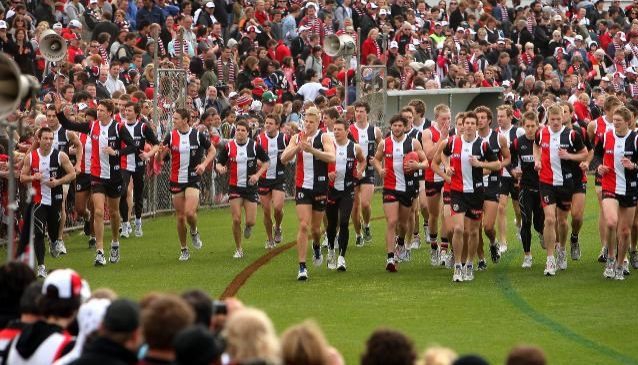 St Kilda Football Club is very popular Australian rules football club based in Melbourne and a club which plays in the Australian Football League, the sport's premier league.

The Club was founded in 1873 and it was named by the area St Kilda. The team's football players were called the Saints and they were always ready to give their best and create an atmosphere that will rally and excite the fans.

Because of the long years of existence the team has long and successful history which includes many prizes and achievements. The players have uniforms coloured in red, white and black and have used several logos using these colours.