A Year of Festival in Melbourne and Victoria

Melbourne and Victoria are dancing, dining and doodling all year round

Nestled in the southeast of Australia, the state of Victoria holds the country’s second largest city, Melbourne, and both the state and its capital know how to hold their festivals. Indeed, from the peaks of heat in the summer to the cooler months of the winter, Melbourne and Victoria are dancing, dining and doodling all year round.

As the name suggests, this family-friendly annual festival in the Great Alpine Valleys of Victoria celebrates one of the most vibrant times of year in Australia. With a packed list of activities, attractions and events to keep you entertained, the festival blends a sense of community with food, music, theatre and wine. Locals flaunt their gardens to show the best of what spring can offer, whilst other outdoors and homeware events are also on the programme. You can enjoy some family events, art history, quilting, sewing and markets whilst regular attractions include winery tours and caving.

Toast to the Coast

Every spring sees the toasting of good wine, food, music and fun in Geelong, one of Australia’s most iconic wine regions. With over 25 of the wineries in the region partaking in the festival, you can enjoy a large array of premium wines and will even leave with a commemorative wine glass and passport to free wine tastings at the host vineyards. 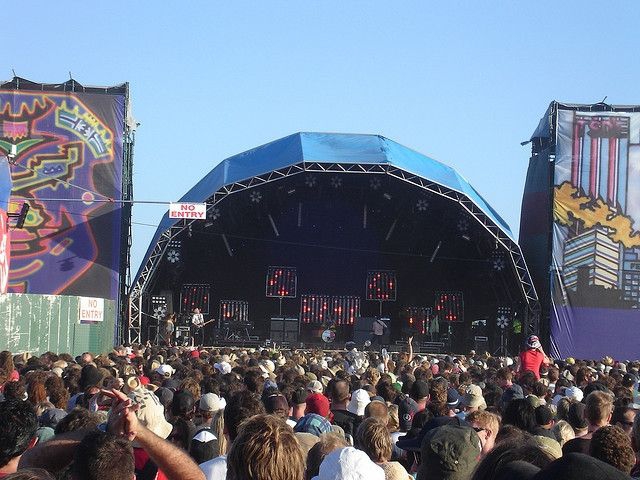 Standing as one of the longest running boutique music events in Australia, this festival sees a selection of music and art from around the world come together for celebrations over the New Year period. Located near the Lorne beaches, nestled on a farm, The Falls Festival bases itself around European-style events such as camping, music and plenty of activities and entertainment to the backdrop of incredible country scenery. Artists to have played at the festival in the past have included the likes of Kings of Leon, Iggy Pop, Groove Armada and Moby amongst many others.

Casting a range of emotions across the fans, January in Melbourne Park sees the best of tennis in Australia with superstar tennis players, cooling drinks and colourful crowds. For two weeks, the park comes alive with sporting sensations and some of the world’s best tennis players competing for one of the biggest Grand Slam titles in the sport. With celebrations, tasty nibbles and a great atmosphere, the Australian Open is a fine way to enjoy the hotter months.

After first being held in 1844, Audi Victoria Week has since become Australia’s largest keel boat regatta and Victoria’s oldest sporting event. Attracting over 450 yachts every year, with over 4,500 competitors, the festival sees thousands of people congregate to watch over the weekend events and enjoy the festivities. The fleet sets sail from Corio Bay to take on the historic passage race from Melbourne to Geelong. The event includes live entertainment, gourmet food and wine, roving performers, arts and crafts markets, a fireworks spectacular and much more. 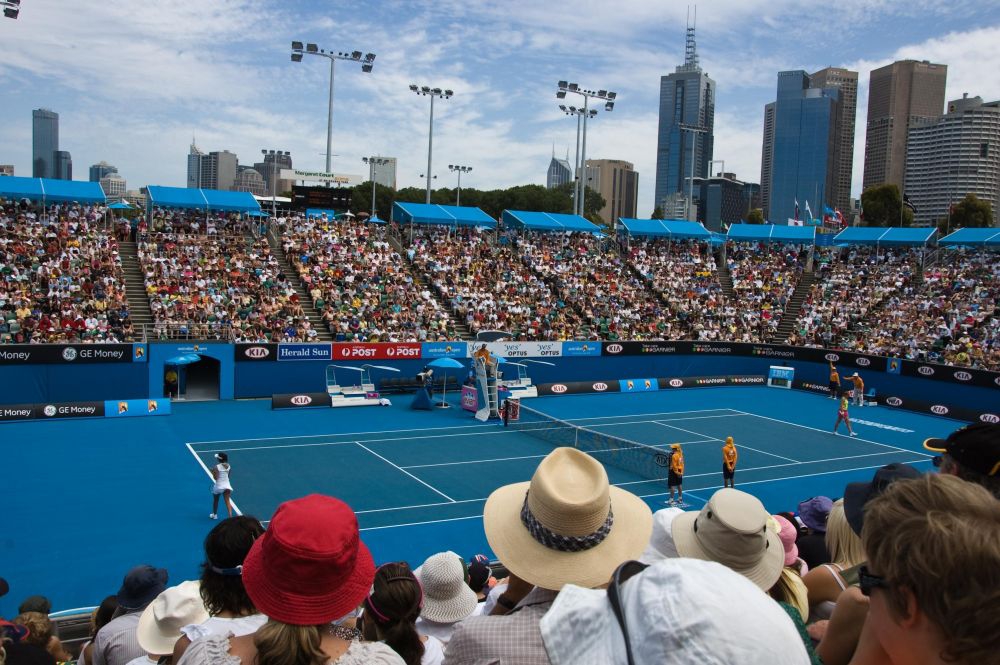 Spilling through restaurants, laneways, rooftops, food precincts and the wine country, this festival bursts passion for food and wine into Melbourne every year in March. This internationally acclaimed celebration of food and wine hosts more than 250 events across the capital that showcases some of Victoria’s best chefs, restaurateurs, winemakers, sommeliers, artisans and producers over a 20 day period.

Celebrating the diverse multicultural society of Melbourne, this unique annual event runs over two days in Federation Square, in the heart of the city. The festival promotes community understanding, cooperation and a sense of harmony within the diverse community whilst commemorating the birth of the Buddha. Buddhist traditions within the festival include the likes of the ‘Bathing of the Buddha’, daily Dhama ceremonies, traditional incense offerings and the Wishing Bell. A culinary tour of Asia and cooking demonstrations are set amongst the River Terrace whilst cultural dances, music, arts and craft are also present throughout the weekend.

Held every autumn in Melbourne, Moomba is Australia’s largest free community festival that is celebrated during the Labour Day long weekend, from the Friday to the Monday. Attracting over one million visitors every year, the festival is one of the longest running community festivals in Australia and includes a range of activities, entertainment and events. The main highlight of the festival is the parades and floats, with other events and activities including the crowning of Moomba monarchs, carnivals, fireworks, waterskiing, river floats, birdman flying, music and live bands. 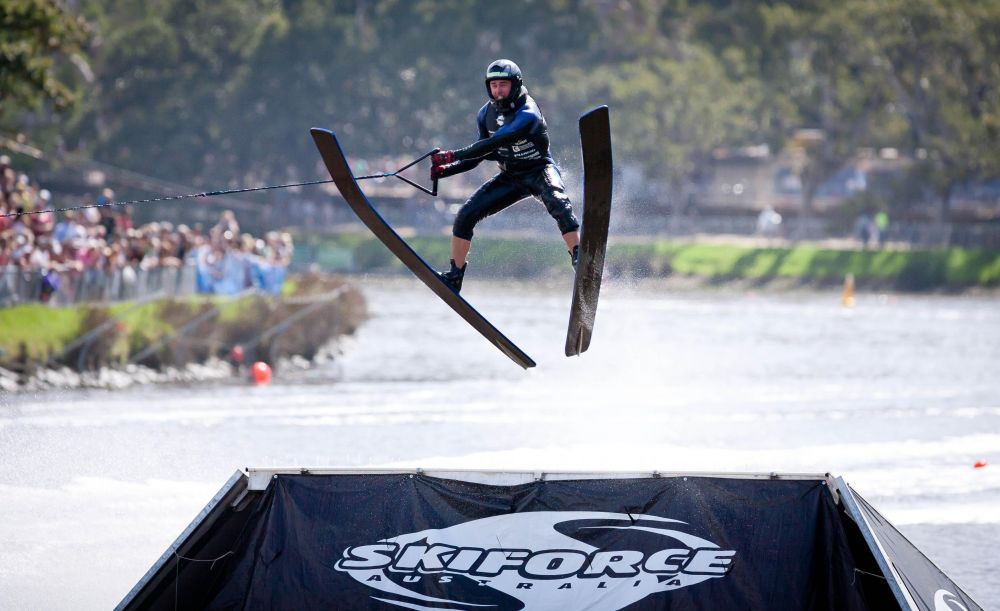 With more than 300 musicians and 100 events packed into one festival, the Melbourne International Jazz Festival sees a rich programme of musicians bring life to Melbourne for two weekends during winter. With established jazz performers as well as newcomers, the festival dishes out late-night art parties, small club gigs, masterclasses, free concerts, film screenings and other events suitable for families and children. This annual event showcases some of the best international jazz musicians in some of the most iconic venues in Melbourne.

Run by the not-for-profit Gertrude Association, this festival is a unique celebration of projected media forms that is free to the public. Turning Gertrude Street into a lit up outdoor gallery, the festival showcases works from international projection artists as well as community groups and other general entries. The art is projected onto different surfaces throughout Gertrude Street to give an unusual art gallery experience that uncovers hidden parts of the street whilst exhibiting contemporary new media.

Established in 1952, this annual event has since become the most significant screen event to take place in Australia. The festival is held in the heart of the capital and presents a highly praised screening programme along with celebratory and industry events. It showcases some of the world’s best in current cinema as well as Talking Pictures discussion programmes, tributes and retrospectives. The festival screens a large amount of Australian films and plays host to numerous local film premieres. 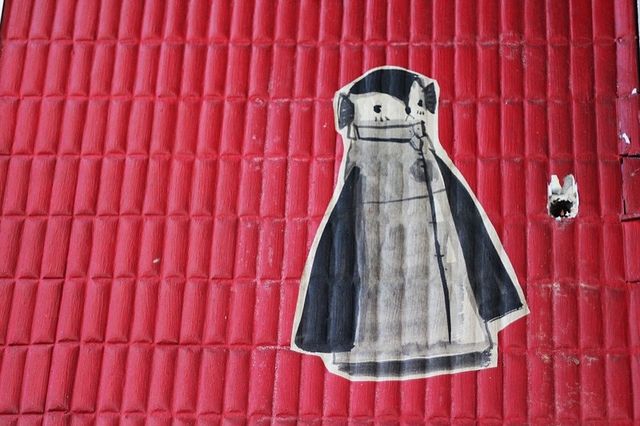