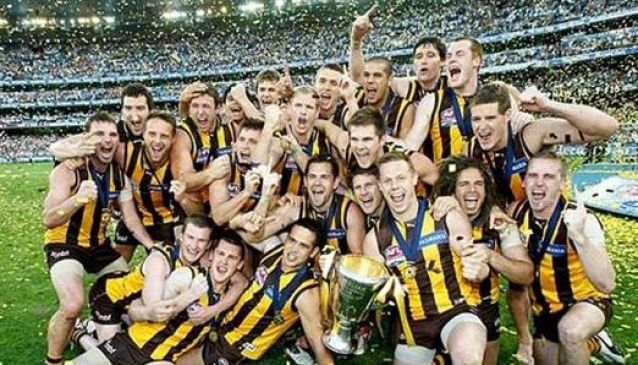 Hawthorn Football Club is very popular among the audience and it relishes great support from its fans.

It was believed that the club was founded in 1873 at a meeting at the Hawthorne Hotel, but this is not true. In fact, the region has continuously been represented by a football team but not the Hawthorn Club from today.

Earlier there were two more clubs with the same name, Hawthorn Football Club, but the latest club was founded in 1893 without a ground to play on. The spectacular matches are performed at the Melbourne Cricket Ground and at the York Park in Launceston.

The club's colours and designs have changed a few times during the past, but the players are now recognizable because of the brown and gold vertical stripes used for the first time in 1950.