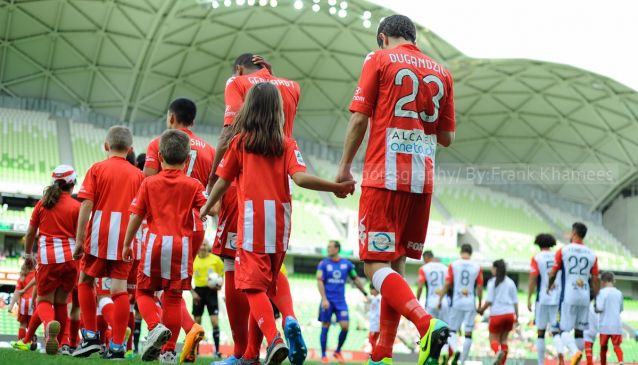 Melbourne Heart FC was founded in 2009 and the main idea then was founding a club which will stand out of any other club in Melbourne and which will be recognizable and followed by the future generations.

This fresh club was guided by an experienced sports administrator who converted the new club into one of the most famous and successful in Australia.

The team competes in the A-League since 2010-2011 season and plays matches at AAMI Park venue which has capacity for 30,000 people.

The club owns three different kits and the standard kit worn by the players includes white and red colours.

The club is attractive to many football fans and it always performs dramatic matches.