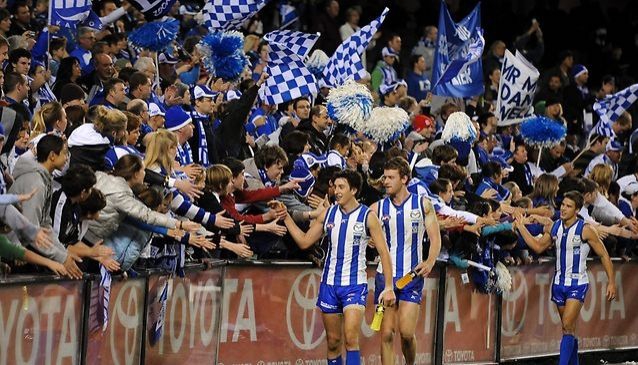 Founded in 1869 North Melbourne Football Club is the fourth oldest Australian rules football club in the Australian Football League and one of the oldest clubs in Australia.

The club's office and administration are located at the Arden Street Oval in North Melbourne but the home matches are performed at the popular Australian Docklands Stadium. North Melbourne Football Club has a long history filled with moments that are worth remembering.

The players are professionals and you will be amazed by them when watching the matches at the stadium. The team's playing uniforms are coloured in two colours including navy blue and white.

The fans of this Club make a brilliant and vivid atmosphere while on the stadium and singing 'Join in the Chorus' which is the official anthem of the Club.