This stunning stretch of coast...continues to lure busloads of tourists

This stunning stretch of coast is famous all around the world and continues to lure busloads of tourists to its breathtaking rock formations on a daily basis. Between Princetown and Peterborough the Great Ocean Road travels right along the coast, taking in iconic attractions such as the Twelve Apostles.

In the early 19th century this shoreline was feared by even the most experienced of seafarers. The violent currents claimed more than 160 ships and an uncountable number of voyagers. Today the coastal strip is known as the Shipwreck Coast and many of the old wrecks now attract divers from around the world, who get to explore some of the area’s eerie past. 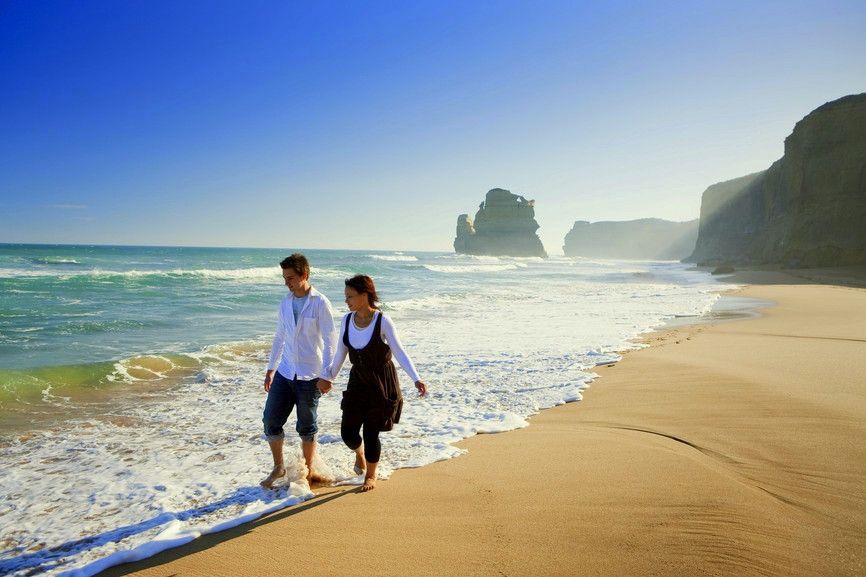 The attractions along the coast are well signposted and there are plenty of opportunities to stop and explore. Just west of little Princetown a staircase in the cliffs known as the Gibson Steps takes you down to the beach. In low tide you can walk all the way to the first of the Twelve Apostles, towering magnificently in the foaming current.

The next stop takes you to the popular Twelve Apostles Lookout, a grouping of iconic limestone stacks that have been washed out by the ocean. Strong winds and currents continuously change the landscape, bringing down some formations while carving out new ones. It was only in 2005 when one of the Apostles collapsed into the sea, bringing their number down to eight (although it is said that there was never twelve of them to begin with). A helicopter ride, which takes off just behind the car park, offers a birds-eye view of these world-famous rock formations.

The Loch Ard Gorge nearby once witnessed one of the most infamous maritime disasters, when the British schooner Loch Ard capsized with 54 people on board. Only two of them survived and many of the victims were buried in the Loch Ard Cemetery close-by.

The London Arch (formerly known as the London Bridge) partially collapsed in 2009 leaving only two stacks of limestone rising from the ocean.

Other formations near the small fisher town of Peterborough include The Grotto, a cave-like formation, as well as the stunning Bay of Martyrs and the Bay of Islands.

An overnight stay in friendly Port Campbell gives you the chance to see the Twelve Apostles and other attractions both in the glowing afternoon sun as well as in the peaceful atmosphere of daybreak.

Pictures from Visions of Victoria 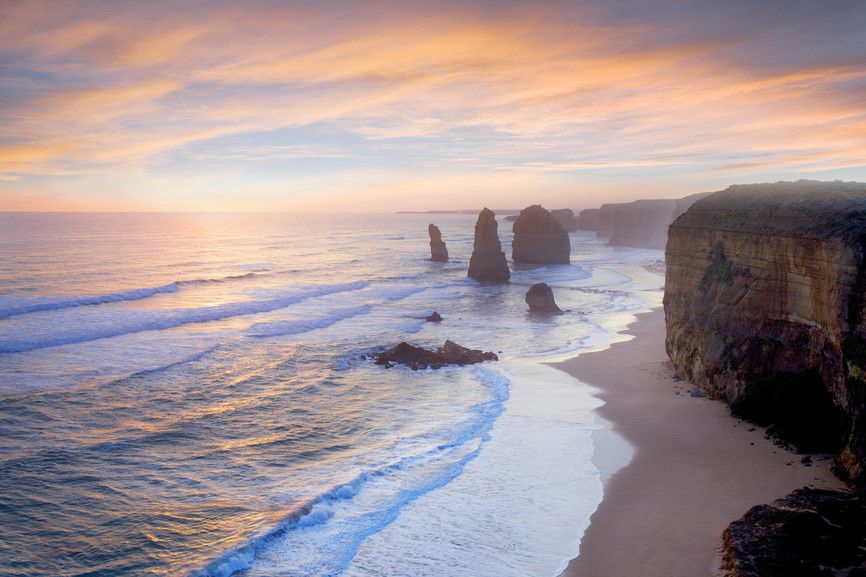